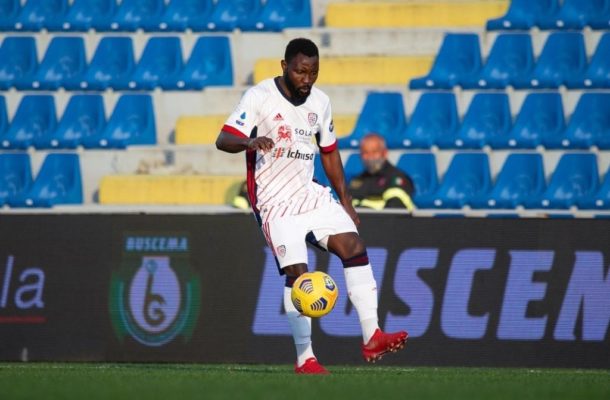 Ghanaian midfielder Kwadwo Asamoah made his debut for his new Serie A side Cagliari after joining the club on a free transfer in the winter transfer window.

The 31 year old midfielder has been watching from the stands since signing for the struggling Italian Serie A side.

Kwadwo Asamoah came off the bench as his side beat Crotone by 2-0 on Sunday after in the Serie A.

The former Juventus midfielder came on as a 77th minute substitute for Joao Pedro after Cagliari had been reduced to 10 men with Charalampos Lykogiannis sent off in the 75th minute.

Cagliari opened the scores of the match through Leonardo Pavoletti in the 56th minute before Joao Pedro added the second goal from the spot four minutes later to seal an important victory for the struggling side.