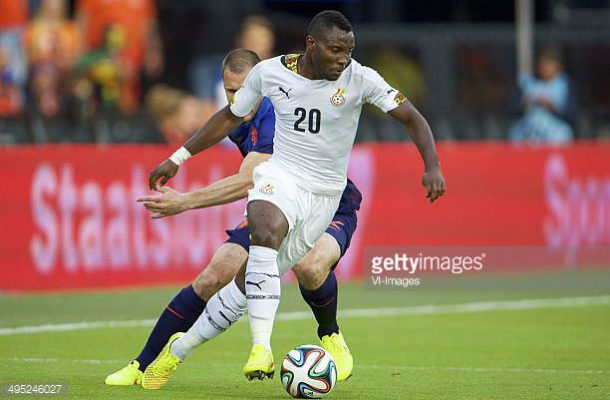 Ghana midfielder Kwadwo Asamoah has revealed he will make a return to the Black Stars in September after a three-year exile.

Asamoah, who since signing in 2012 has won a plethora of trophies with Juventus including five consecutive Serie A titles but has suffered two Champions League finals defeats, has not represented the four-time African champions at any tournament since the 2014 World Cup.

However, in an interview on Citi Fm, the 28 year old stated that he would return to the national team fold when Ghana embark on 2019 African Cup of Nations qualifiers.

“Honestly speaking, I will come back to the national team,

Although I’ve been speaking I will come back to the national team for a year or two, I was always looking for the right time."

I spoke to coach Kwasi [Appiah] about a month ago – getting to the end of the season. He called me for these recent friendly games but unfortunately, I told him I had some personal issues that I will like to fix before joining the Black Stars. So I pleaded with him and he also understood because this is the moment that I needed to sort issues out since the season is over. And these games were just friendlies.”

Kwadwo Asamoah thereafter revealed he will be back in September

Ghana is scheduled to resume the qualifiers to Cameroon 2019 Afcon with a trip to Kenya on September 7.