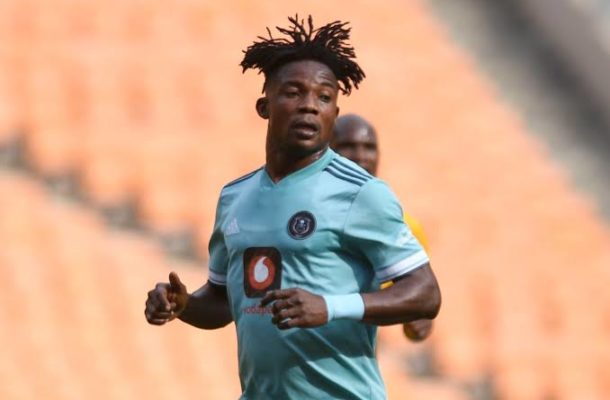 Ghanaian striker Kwame Peprah scored over the weekend as with his South African side Orlando Pirates spurned a 2-0 goal lead to draw 2-2 against Royal AM.

The Buccaneers started the game on the front foot and took the lead very early through Deon Kavendji in the third minute of the game.

Kwame Peprah added the second goal in what appeared to be the clincher in the 7th minute .

The away side wilted under pressure in the last ten minutes as Orlando Pirates threw away the two goal lead.

Thabo Matlaba scored in the 79th minute before Mfundo Langa made it 2-2  for Royal AM with the final kick of the game.

Kwame Peprah was substituted in the 72nd minute of the game with Terrence Dzvukamaja his replacement.

The draw leaves Pirates in sixth position with a game to end the season.