Kwasi Okyere Wriedt talks about his experience with the Black Stars 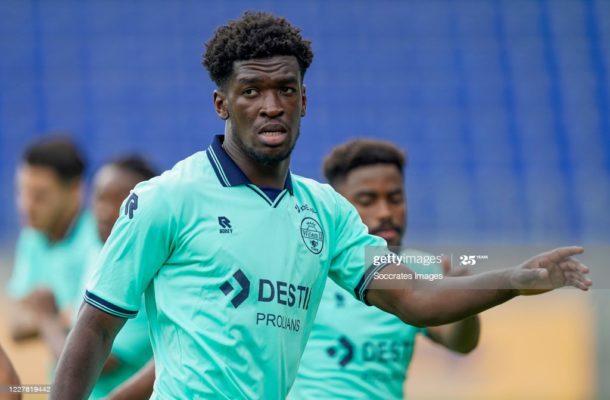 Black Stars striker Kwasi Okyere Wriedt has been speaking about his time with the Black Stars and the experience of singing and clapping in the bus during and after games.

The Holstein Kiel striker has a brief vacation as he was with the Black Stars squad for the African Cup of Nations qualifier and also at the Kirin Cup tournament in Japan.

Speaking in an interview with his club's website he talked of singing in the Black Stars team bus during and after games.

"That's just part of singing and dancing on the bus before the games," explains our number 18. Otherwise, like in Holstein, there would of course be a clear daily routine in Ghana with several training units and meals - with the difference that that dishes like Jollof Rice or Yam appear on the Ghanaian menu. In addition, Ghana's internationals pray before and after each training session. "I like that

The German-born striker has been capped six times by Ghana and he will be hoping to impress Black Stars coach Otto Addo with his performance with Holstein Kiel.