Kwesi Appiah to embark on overseas scouting mission in January 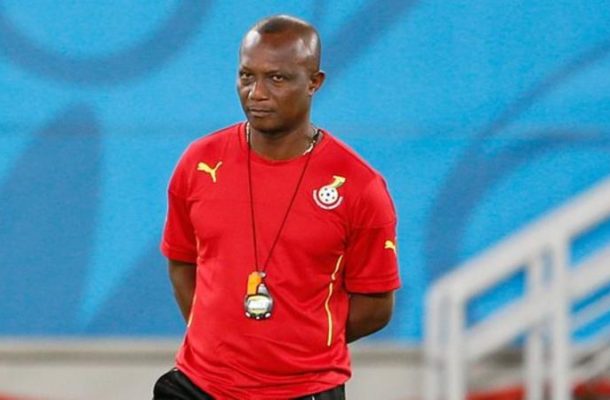 Black Stars head coach,James Kwesi Appiah, has revealed that, he would embark on his routine player monitoring in January, as he seeks to build a formidable team for the future.

The Black star’s coach aims to end Ghana’s 35 year long trophy drought at senior level by winning the 2019 AFCON to appease the fans having missed out on qualifying for the World soccer mundial in Russia next year.

The scouting mission is to recruit and further monitor players already on the radar of the national team to ensure he meets set targets.

“Many Europeans teams are on break now, and hopefully by January they will start, so we will look around in January and go and monitor some of the players we’re not sure, we will go about and look at them.

“The ambition is to make sure you have good players emerging and at the same time, you the coach doing the best you can for the team,” Appiah said in an interview.

Meanwhile, the Black Stars are expected to be involved in some few international friendlies earlier next year as the prepare for the 2019 AFCON qualifier against Kenya.