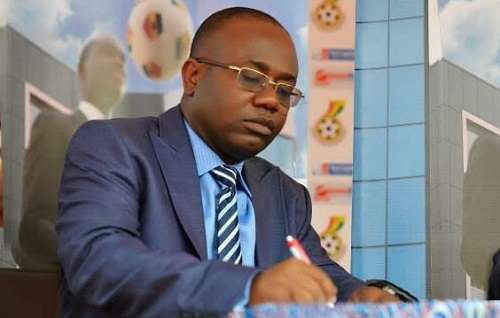 The most successful GFA president

The President of the Ghana Football Association, Kwesi Nyantakyi has extended his success story in the football world after guiding his side Wa All Stars to clinch the Ghana Premier League title for the first time since joining the league nine years ago.

The Ghana FA Boss who doubles as the owner of the Ghana Premier League champions has been touted as the most successful GFA President since assuming office in December 2005.

Nyantakyi since taking over office has guided the Ghana Black Stars to three successive FIFA World Cups as well as guiding the Black Satellites to the first ever World Youth Championship trophy in 2009.

He has also supervised the female U17 side the Black Maidens and the U20 side Black Princesses to their maiden World Cups.

The level of professionalism in the Ghana Premier League is also attributed to him as his regime has seen a tremendous improvement in clubs colliding over jersey colours as well as many numerous unprofessional practices which were hither to perpetrated in our game.

With Wa All Stars winning the 2015/16 Ghana Premier League, Kwesi Nyantakyi's success story in the football world makes him undoubtedly the most successful football administrator the country has ever witnessed.