Kyei-Mensah-Bonsu is a liar – Muntaka 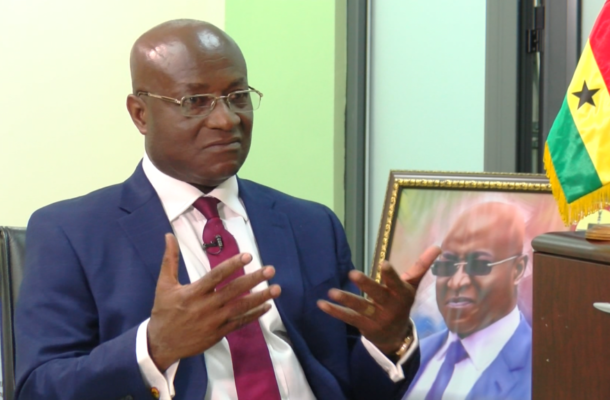 Muntaka is incensed at what he considers repeated lies told by the Suame MP especially informal incidents in the House.

Speaking on Citi FM’s Eye Witness News on January 11, 2022, Muntaka also disclosed that the Minority will forthwith only engage with the Minister of Parliamentary Affairs strictly in formal meetings that will be minuted and serve as a reference point whenever he ‘lies.’

“He is a liar. He has consistently been saying (lying) and we have been drawing his attention and he keeps saying it, what else can we call it?

Muntaka specifically cited the claim by the Majority Leader that there was an agreement for a new election in respect of the Speakership election of Alban Bagbin in January 2021.

He described the claim as a lie, explaining that the votes of January 7 were duly cast, verified, collated and that all the figures pointed to a clear victory for the current Speaker.

“There is a limit to how much you can tolerate a person who you go into a meeting with and he comes out to say something else,” Muntaka added.

He also called for increased consensus building in the house because of its peculiar composition.
Source: Ghanaweb