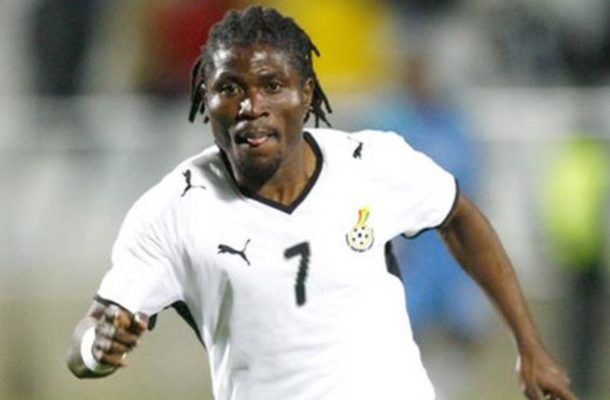 Accra Hearts of Oak have brushed aside rumours making rounds that the club have appointed former Black Stars midfielder and former player Laryea Kingson as their interim coach.

The Phobians are without a substantive coach after the sudden resignation of Serbian coach Kostadin Papic last Monday.

Speaking in an interview with Vision 1 FM, communication director of Hearts of Oak, Kwame Opare Addo denied the reports.

“It’s not true we [Hearts of Oak] have appointed Laryea Kingston as an interim coach. Mr Nii Noi trained with the team and will play the Dwarfs game but we are looking forward to appoint a new head coach soon”, Opare Addo told Vision 1 FM.

The club was at pains in stating on Saturday in a press release that Samuel Nii Noi will lead them in their match day 15 game against Ebusua Dwarfs later today.