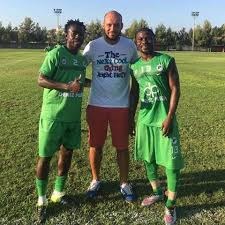 The former Black Stars and Hearts of Midlothian winger was released by Accra Hearts of Oak in 2013 and has not featured in any competitive fixture since then.
The 35 year old joins ex Ghana youth international Daniel Addo at the Northern Cypriot side after his recent involvement in football punditry and looks forward to making the most of the short term deal.
FIFA agent Tekin Birinci is said to be responsible for the unexpected move.

Laryea has played for European sides Maccabi Ahu Nazareth and Hapoel Tel Aviv all of Israel and Russian sides Krylia Sovetov, Terek Grozny and Lokomotiv Moscow in the past.