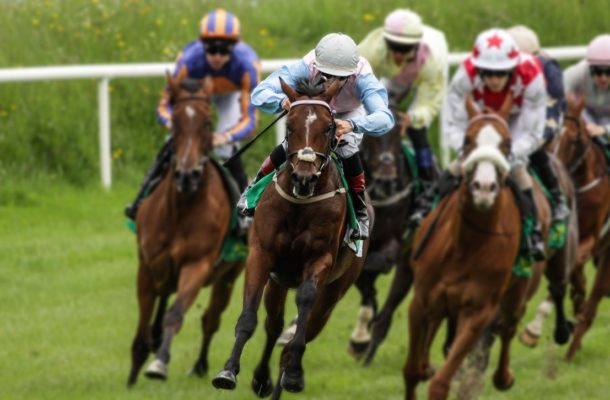 The Ayr Gold Cup is back once again, with one of the most hotly anticipated Group 1 races returning to Scotland as we approach the business end of a season.

This is a race that is renowned for causing many upsets in the horse racing tips already, and looks set to continue that trend as we approach Ayrshire.

With this year’s edition of the competition looking as tight as ever, we thought it would be suitable to run through the last five winners in one of the most unpredictable competitions on the flat racing calendar — in an ascending order.

A lot of questions were asked of the Tom Eaves-ridden Brando as he made the step up from Group 3 to 1 in the season, struggling initially in York’s Nunthrope Stakes. However, the now nine-year-old managed to bounce back in emphatic style, winning the Ayr Gold Cup and adding to Kevin Ryan’s considerable list of accolades as he claimed top spot once again.

This year was strange in the history of the Gold Cup as it took place at Haydock Park as opposed to Ayrshire due to the course being waterlogged. Merseyside hosted an exciting encounter, with Donjuan Triumphant proving triumphant! The Andrew Balding-trained horse was victorious by mere inches after they looked to come past the post almost as one, with the judge eventually awarding the four-year-old victory by a short head.

If last years new sense of scenery was strange, the return to Scotland would go one step further, culminating with the race being shared for the first time in its history — bearing in mind it had been ran since 1804. In one of the most memorable races in the competition’s history, both Son Of Rest and the 28/1 outsider Baron Bolt finished four lengths in front of everyone else, but it took the judge a full five minutes to eventually come to the decision of a dead heat. A prime example of an underdog causing upsets on the biggest of occasions.

On the topic of surprises, not many expected former Premier League footballer Michael Owen’s Angel Alexander to win the 2019 edition of the Ayr Gold Cup. In the last edition of the competition to have spectators present, no one had really given Owen and fellow owner Steve Mound a chance, but they spoilt the party for favourites Growl and Buffer Zone on a surprisingly hot day.

Tom Marquand added to a victory in Doncaster with another big win in Ayrshire as Nahaarr controlled proceedings throughout to claim the top spot. In a race that took place behind closed doors due to the coronavirus pandemic, the jockey was impressed with how he and his horse performed following a long journey up to Scotland from Hungerford.

“It's been a cracking week. I'm lucky to get the right opportunities. I can't stress enough how lucky I am to be getting all of them,” He said: "It's a tough game, there's a lot of people trying to achieve the same thing and I'm relatively young and new to it all. It's a tough job and when the good days come you've got to cherish them."