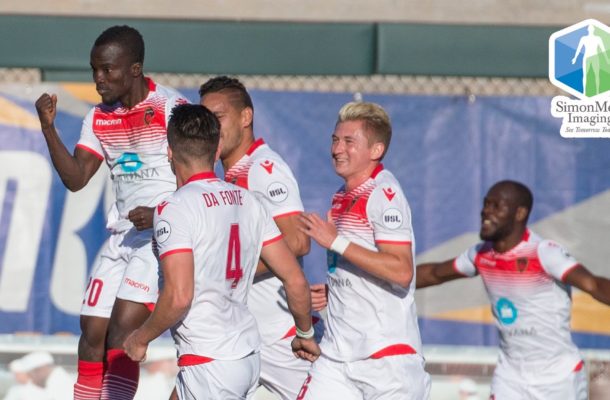 Winger Solomon Asante emerged the hero for Phoenix Rising as they recorded a narrow 1-0 win over Reno 1868 on Saturday.

The inform Ghanaian is having a sensational start to life in the United Soccer League, he has now scored a goal in the opening three games of the season.

Just as the game was heading for a draw, Asante stepped up for the visitors after they were awarded a penalty in the 92nd minute to seal the win at the Aces Ballpark.

The result meant that Risings extend their unbeaten start to the season, amassing 7 points after three Matchdays played in Group B.