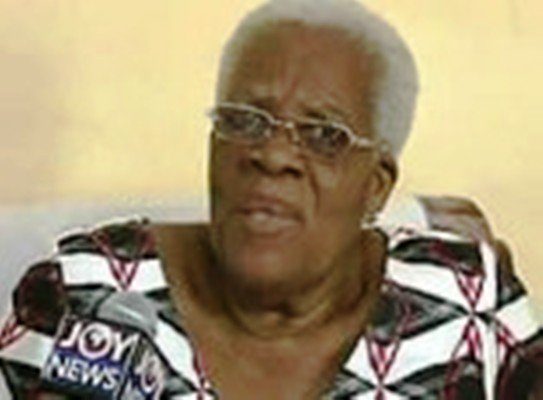 The over 90-year-old mother of late former Vice President, Kwesi Amissah-Arthur is yet to be told about her son’s sudden demise.

Maa Efe Amissah-Arthur, according to sources, has been kept in a room, away from radio and television to ensure she does not suffer any shock.

A member of the family disclosed this to Joy News’ Central Regional correspondent, Richard Kojo Nyarko.

He said family members clad in red and black are yet to recover from the emotional trauma following the death Mr. Amissah-Arthur.


Women, children and men, Richard stated weep uncontrollably while others in small groups discuss what had befallen Mr. Amissah-Arthur.

In an interview, a younger brother of the late Veep, Patrick Mantey said he was struck with fear and trepidation when he heard the news on radio.

“I’m still in shock because Amissah-Arthur looked very strong and healthy when he came for the National Democratic Congress (NDC) constituency elections over the weekend” he stated.

A tearful Patrick Mantey noted that, they are waiting for a delegation from Accra to formal tell the family what really happened.

His voice breaking intermittently, he said they won’t believe Amissah-Arthur is dead until a formal communication from their siblings in Accra.

He was said to have collapsed at Airforce Gym on Friday morning during a workout session and was rushed to the 37 Military Hospital where he was pronounced dead.