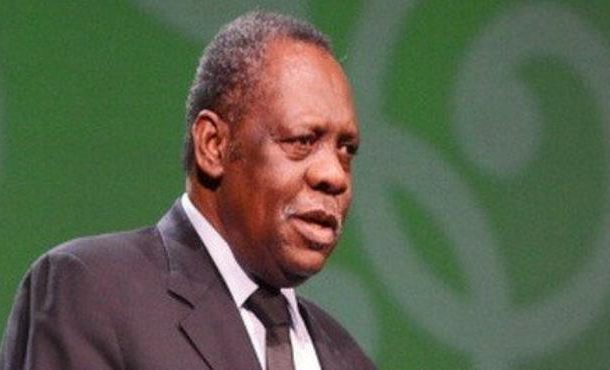 Earlier this year, Transparency International’s Global Corruption Report: Sport highlighted how Africa is vulnerable to serious reputational risks across all sports and is already compromised by corruption.

The Global Corruption Report: Sport provided a global overview of corruption across sport and outlined recommendations from leading experts in the field on what needs to be done. It came at a time when some of the world’s most popular sports, including football and athletics, are mired in corruption scandals.

In Africa the report highlighted serious gaps in accountability. On Thursday, the great and good of African football met in Cairo for a General Assembly to elect two of its officials to represent the continent in the newly-created Fifa Council.

Ghana's Kwesi Nyantakyi and Almamy Kabele Camara of Guinea got the two slots, meaning that Africa's quota of seven reps was complete. The others (already on the Fifa Council) are Confederation of African Football boss Issa Hayatou (Cameroon), Hani Abo Rida (Egypt), Constant Omari (DR Congo), Tarek Bouchamaoui (Tunisia) and Lydia Nsekera (Burundi) as the Africans on the FIFA Council.

But questions still remain about the undemocratic nature of the entire process.

First of all, secret balloting was not allowed. This meant that delegates who did not want to tow the party line on issues were forced to follow the crowd or risk ostracism. The result was that all the agenda voted on saw outcomes that favoured the long-serving CAF boss Issa Hayatou.

The Cameroonian has been in power since 1988 - that's 28 years of what critics call dictatorship, proven and unproven corruption on a wide scale, and unaccountability.

Caf presidency
Thursday's meeting in the Egyptian capital was key because of a bold step by the small nation of Djibouti.

In line with recently adopted Fifa reforms, the Congress had to vote on ending the rule, introduced just four years ago, that restricted potential candidates for the Caf presidency to members of its 15-man executive committee only.

This had originally been seen as an attempt by long-serving president Issa Hayatou to hand pick his successor.

However, Djibouti's FA proposed that anyone can stand for election as Caf president as long as they are "supported by at least five member associations".

To nobody's shock, the vote did not see the light of day as the amendment of Article 18.3 was rejected. In fact, all other votes on the day needed a simple majority to pass. However, something interesting happened with this crucial vote: Caf General Secretary Hicham El Amrani announced that this vote alone will need a 75% majority.

The reason for this was obvious: the administrators were aware that a simple majority would have, likely, seen the votes split between 'No' and 'Abstain' voters, something they could not risk.

The Djibouti proposal also wanted the potential candidate to the Caf throne to have played an active role in football as an official of a member association, during four of the last five years preceding the submission of the candidacy, and they must pass an eligibility check.

In the end, Hayatou had his way - again. Accountability
The lack of transparency in African football was also recently highlighted by January's Transparency International’s Football Governance League table, which showed that only one African football association, Egypt, made its financial records accessible online, while the African Football Confederation (CAF) still has no code of ethics or ethics commission.

These problems were very evident at the Cairo General Assembly.

It's been two months since Africa's flagship football competitions got a new headline sponsor as energy giant Total signed on for eight years. Nobody knows how much was paid for the deal and such an august gathering was expected to discuss it.

Afcon 2017
The competition kicks off on January 14, 2016. But there are concerns about the readiness of Gabon to host the event.

Till now, the central African nation has been uneasy as talk of a possible plan B has arisen in the wake of political developments in the country as post-election violence increases.

Ali Bongo Ondimba was sworn in Tuesday as Gabon's president for a second seven-year term, after winning re-election by a slim margin in a disputed vote. Opposition candidate Jean Ping rejected the offer, accusing Bongo's ruling party of vote-rigging.

Gabon's Constitutional Court on Saturday declined Ping's petition for a recount and ratified the result. Violent protests erupted across Gabon when the initial election results were announced August 27. At least six people were killed in clashes between protesters and security forces.

It was thought that Caf would send inspectors to ascertain the situation on the ground, present a report to all the 54 member associations present and allow a democratic decision to be taken.

Instead, a unilateral decision was taken to sign an MOU virtually guaranteeing that whatever happens between now and kickoff, Gabon will host the competition. This, despite increasing reports of dissidence, press muzzling and a crackdown on opposition elements on the country.

It was important for Gabon to get this assurance because there have been rumours that Morocco was being asked behind the scenes to be on standby.

Outside of Gabon, no one knows the state of facilities and logistics as the continent awaits the October 19 Afcon draw in Libreville.

The lawlessness in the continent's game continues unabated.