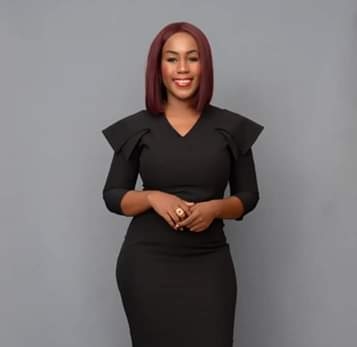 Former Presidential Aspirants of the Ghana football Association Election Lawyer Amanda Clinton has joined the list of individuals who expressed delight in the candidature of Professor Jane Naana Opoku Agyemang as the running mate of the NDC, describing it as "historical".

Mrs Clinton, who has endorsed Prof Jane Opoku Agyemang, was the only female to have contested the 2019 GFA race, which was by Kurt Okraku.

She however, does not see any surprised element in John Mahama decision to select Prof Opoku Agyemang, saying she had foresaw it that  one day a competent woman will get the nod.

"I think its historical that Ms. Jane Naana Opoku-Agyeman is the first female running mate on a major Ghanaian party's presidential ticket," she said.

"It may come as a suprise to some but I predicted a very competent woman would get the running mate position. Women serve and treat these roles very seriously."

Prof  Opoku Agyemang grabbed the headlines on Monday after she was endorsed by the NDC to partner flag bearer John Mahama in the December contest.

She was the first female Vice Chancellor of the University of Cape Coast and served as the Education Minister under the John Mahama administration between 2013 and 2017.

She is not the first to be selected for running mate position as CPP and PNC in previous times had gone with female candidates.

But unlike those candidates, the choice of Jane comes in a different light with the NDC' capability of wining elections in the country, being  one of two biggest party's in the country.

With the campaign team established and Manifesto completed, all seems set for the NDC to launch a campaign with the "John and Jane" card.

Jane's candidature, according to pundits is expected to bring a paradigm shift in Ghana's political dispensation, a claim fully supported by Amanda Clinton.

She tried to to convince voters to believe in her capabilities during the FA contest, which was unanimously rejected by the predominantly male delegates.

But in her congratulatory statement, Mrs Clinton insist women who have held previous positions in Governance have distinguished themselves so well and believes Jane will not be an exception.

"After the first female Attorney General in Ghana, Mrs. Betty Mould Iddrisu, all subsequent Attorney Generals have been female because they do the job the State gives them, she said.

"In terms of what she brings to the table, as a former education minister and university professor, I am sure she is not only a technocrat but has the communication and personable skills to support and engage at senior level, irrespective of which party she serves.

"We are witnessing history in 2020. May many more positions open up for bold, definitive and engaging female public figures without the mob harrasment that comes when a female dares to compete at her level."

Miss Clinton  a practicing lawyer after she was called to the English and Welsh Bar in 2006 and the Ghanaian Bar in 2009 and she specialises in Crisis Management.

She made history last year after becoming the first Ghanaian female to ever contest the GFA presidential position.