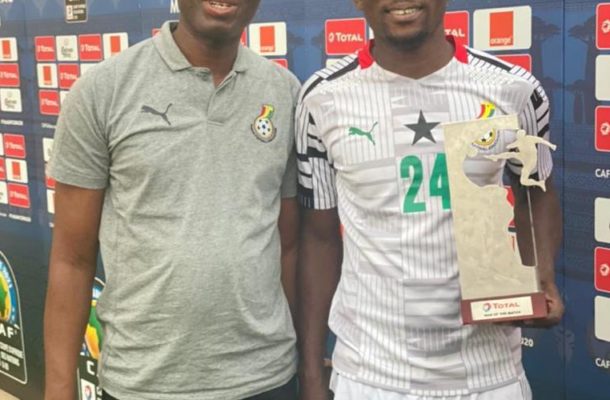 The Deputy Director of the National Sports Authority (NSA), Majeed Bawa who led a government delegation to Mauritania to throw support behind the Black Satellites has congratulated the team for their qualification into the semi finals.

Ghana booked a place in the semi finals of the African Youth Championship currently underway in Mauritania on Thursday evening.

Coach Karim Zito's side recorded a 4-2 victory over their Cameroonian counterparts after the match which went into extra time ended 1-1.

The game headed into extra time as none of the two teams could find a goal with the Cameroonians scoring first from a corner in the 103rd minute through Kevin-Prince Milla before Ghana equalized a minute later through a cushioned strike from Frank Boateng.

It went into penalties and Ghana scored all four of theirs with Boah, Barnie, Anokye and Assinki all converting whilst Cameroon squandered two of theirs.

Ghana qualifies into the semi finals of the CAF U-20 tournament.