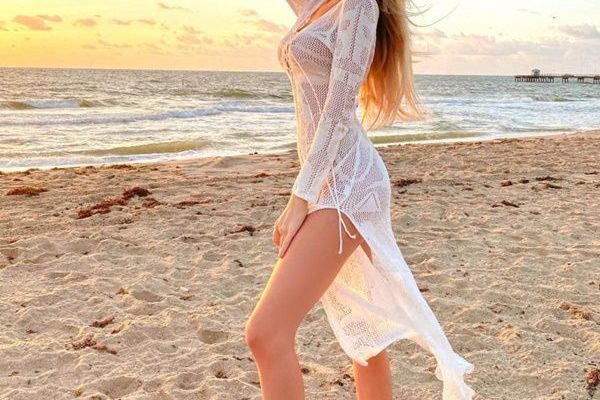 A student who decided to quit before finishing her three years of study to chase a then little-known career has revealed her gamble paid off.

When Alexa Collins dropped out of university at 21 to pursue a career in social media, she said she knew it was going to pay off.

The now 25-year-old model is now a millionaire, living a luxurious lifestyle with her real estate boyfriend of two years, Tom Shields, 31, in Miami, Florida.

She was studying communications for three years, and after deciding to quit she earned her first million by 25.

Admittedly, at first. she didn’t see it as a full-time job, however she “knew Instagram was the way things were going to go”.

“I started modelling when I was 18 and used the photo shoot pictures to build a social media presence. Over time, I became more of an influencer,” she told The Sun.

“It took three years for me to see a big growth in my business, that’s when I left college as I realised this was what I wanted to do.”

Her parents were also against the ideas they wanted her to finish her studies.

“But I told them ‘guys you have to listen to me, understand this is the new age and what I’m going to do’. I was super confident going into it and it turned out great.”

Having already worked with a lot of big brands, Alexa Collins said she pounced at the opportunity and now has a portfolio of collaborations with online retailers PrettyLittleThing, Fashion Nova and makeup brands, Urban Decay and Tarte Cosmetics.

She said that she grew her following by posting twice-a-day, chatting to fans online and “documenting every single thing I was doing”.

“That gained interested. People wanted to watch so I started posting more about my life, my routine, how I go to photo shoots and create content.”

In one of her vlogs, titled “Influencer Life”, she takes viewers on a journey of her daily routine which involves starting at about 7.30am and attending multiple shoots for different brands.

She often responds to followers first thing in the morning as the afternoons are spent creating content for various lifestyle companies.

“You need about 50,000 followers to start making money, that’s when you become a micro-influencer,” she told The Sun.

But she now boasts 1.2 million fans, allowing her to live a very comfortable life.

While she didn’t disclose exactly how much she makes per post, it’s safe to say it’s enough for her to afford a four-bedroom home with a pool and a wardrobe filled with designer clothes.

“Travel is the best part of the job, it’s been really cool to see lots of parts of the world I wouldn’t have been able to travel to otherwise,” Alexa Collins said.