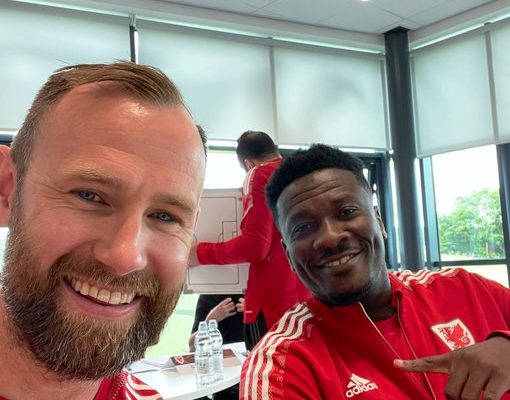 The road to  the dug out has  began  for legendary  former  Black  Stars captain Asamoah Gyan as he is currently  in  Wales for his UEFA License B coaching badges.

Asamoah Gyan has officially not announced his retirement from the beautiful game which he has spent more than two decades in but from all indications his playing career has ended.

He last played football for Legon Cities during the 2020/2021 season but was released at the end of the season in an injury ravaged stint.

Ghana's all time top scorer will be in the classroom for a six day programme for the Wales Football Association's UEFA License B certificate.

Persons who have played football or have experience in coaching within will  have to be domiciled in Wales for the course.

Asamoah Gyan is the highest scoring African player at the FIFA World Cup with six goals having played in three editions in 2006, 2010 and 2014.

He is Ghana's record scorer with 51 goals in 109 matches and wants to remain in the game after his official retirement.