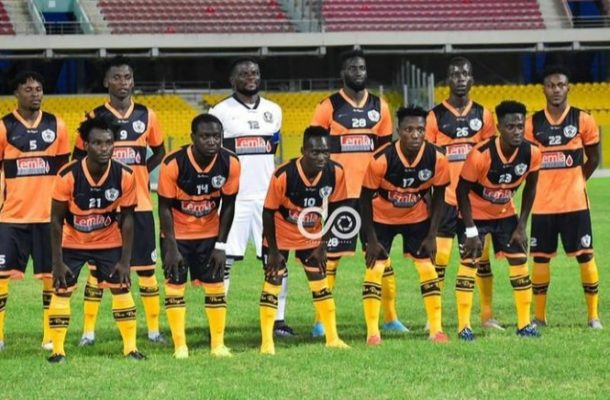 Renowned football prophet, Seer Gyan says rechristened Wa All Stars which is now known and called Legon Cities owe him and until they redeem themselves they will be relegated.

He says Wa All Stars came to see him in 2016 before they won the Ghana Premier League title under former coach Enos Adepa.

According to the football spiritualist, when they came to him he performed some rituals for the club to win the league and after the triumph they failed to even acknowledge his works and instead threw a challenge to him that it was solely their efforts.

Seer Gyan says out of pain he placed a curse on the team that they will suffer successive relegations and the curse is still in force despite the name change.

"The team Wa All Stars that has been changed to Legon Cities owes me a very big gratitude" he made this known in an interview with Ashh FM.

"When they won the league they did not even look for me to say thank you but instead threw a challenge to me that it's sorely their effort to win the league and not me Seer Kwaku Gyan, some of the team leaders insulted me
So I angrily cursed them that in the next two season's they will be relegated to division one and the following two years they will be relegated to division two and another two years the team will collapse".

He has warned that Legon Cities will be relegated If they don't do something about the curse and says even the best of coach's and players cannot save them.

"The same curse is on Legon Cities, them changing their name does not mean their identity has been changed, if Legon Cities like they should employ Guardiola or Jose Mourinho or bring Leo Messi to play for them if they don't do something about the curse and they play week 10 of the league they should not come looking for me because they will be relegated," he said