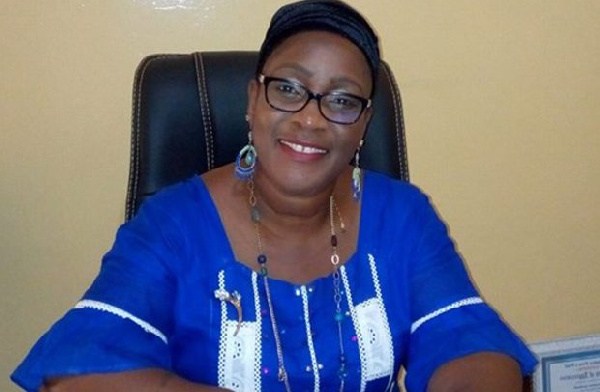 A Liberian lawmaker has died at the Korle Bu Teaching hospital in the capital Accra after being flown to Ghana for medical care.

Senator Geraldine Doe-Sheriff is said to have died of cancer.

The Montserrado County’s junior Senator is reported to have passed on at 5:15pm local time on Saturday, February 9, 2019.

She is believed to have been battling cancer for over a year now and was flown to Accra to get treatment.

The late Senator chaired the Committee on Transport and co-chair the committee on Commerce, Trade, and Industry. She also previously served as a member of the Ways, Means, Finance & Budget Committee; Social Security, Pension and Insurance; Public Accounts and Audits; Education and Public Administration.

On May 19, 2014, Doe-Sheriff announced she was quitting the CDC, telling the party that she was tendering her resignation with a heavy heart.
“You will agree with me, no doubt, that the purpose for which we founded this once noble party has lost. Our goal was to form an institution with the sole purpose to emancipate our people, the downtrodden included, from the dungeon of poverty to the celestial heights of a decent life through participatory democracy. We have made several attempts to change this course internally, but all of our efforts proved futile as I even suffered physical harm as a result of my stance in reconciling the country while serving as chairman of the party. Nevertheless, I thank you all so kindly, especially the ordinary Cdcians for the opportunity to have served as chairman and the many moments shared together in the party. I will miss all of those precious times but what is most important, is our country Liberia. On this note, I humbly beg to part ways in peace and wish the party well in all that you endeavor for the future.”

During the 2017 presidential elections, the Senator threw her weight behind then vice president Joseph Boakai.

In January 2018, the Senator briefly flirted with the idea of running fo President Pro Temp of the Senate as she brushed off speculations that Senators had overwhelmingly come to a consensus in support of Grand Kru Senator Albert Chie’s bid to succeed Gbarpolu Senator Armah Jallah as President Pro Tempore of that body.

Earlier in the presidency of President George Manneh Weah, Senator Doe-Sheriff slammed what she said was attempts by detractors to draw a wedge between she and the President owing to her bolting the CDC for the UP and support of Boakai.