Liberty Welcome The Porcupines To Dansoman 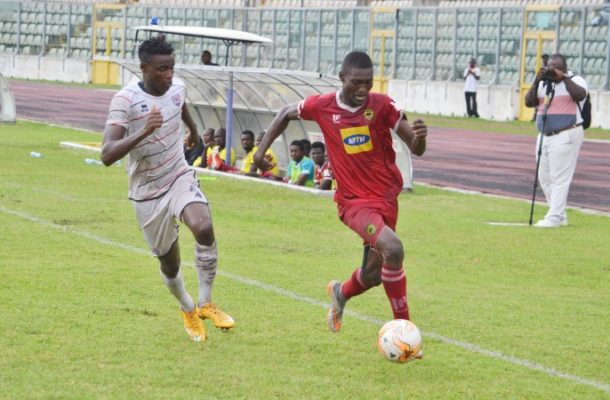 The Scientific Soccer Lads have to win against the Porcupine Warriors to get their season back on track.

Defeat could see them move closer to the relegation zone on the log.

The Dansoman based outfit will do battle without key star and top scorer Latif Atta Blessing.

He is yet to recover from an injury he picked against Okwawu United in the MTN FA Cup semi-finals weeks ago.

The good news for the Scientific Soccer Lads is that lethal striker Bernard Arthur has been declared fully fit to face the Fabulous club this Saturday.

He has been out for close to a month with a sickness.

The Porcupine Warriors must beat Liberty Professionals on Saturday to get their title chasing ambitions on the right path.

They are five points adrift of leaders Wa All Stars on the table.

First choice goalkeeper is expected back in the posts on Saturday.
He was benched last Sunday against Dreams FC with a slight knock he sustained at training.

Left back Emmanuel Asante could keep his place in the starting list against the Scientific Soccer Lads if selected by coach Michael Osei.
He was impressive in their 1-0 win last weekend in Kumasi.

*Liberty Professionals have recorded only one victory in their last nine matches in the premier league.
(W1 D4 L4)

*Liberty Professionals have lost at home three times this season after eleven matches in the premiership.
(W6 D2 L3)

*Asante Kotoko have managed six wins in their fourteen visits to Liberty Professionals in the premiership.
(W6 D3 L5)

*Liberty Professionals have kept just three clean sheets at home in the premiership this season after eleven games.

*Asante Kotoko have been able to keep three clean sheets at away in the premier league this term.