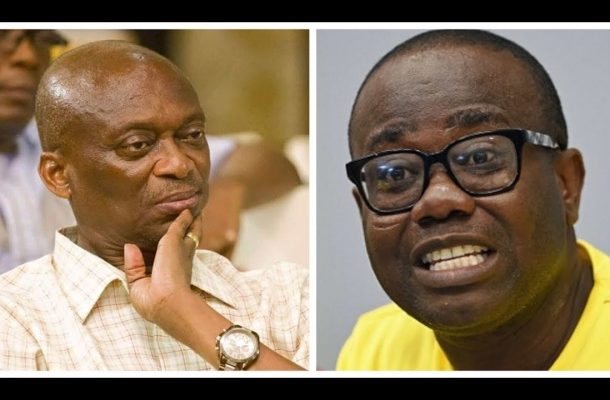 Veteran Ghanaian journalist, Abdul-Malik Kwaku Baako, has lashed out at the world football governing body Fifa, over what he describes as a "harsh" decision to hand a life ban to the former president of the Ghana Football Association (GFA), Kwesi Nyantakyi from all football-related activities.

Mr. Nyantakyi was found guilty by the Adjudicatory Chamber of having violated Article 19 (Conflict of interest), Article 21 (Bribery and Corruption) and Article 22 (Commission) of the Fifa Code of Ethics, 2012 edition.

In addition to the life ban, the Ex-CAF Vice President  is slapped with a SFr500,000 (GHS2.4 million) fine.His ban comes as a result of the revelations of the “Number12” exposéby Ace investigative journalist Anas Aremeyaw Anas, which unearthed rot in Ghana football.However, speaking to the issue on Accra based Peace FM on Wednesday, 31 October, the editor in chief of the New Crusading Guide Newspaper lamented: “It appears to me the ban is too harsh. Sepp Blatter – how many years was he banned? And one other person I know it wasn’t for life. And you ban Nyantakyi for life? After that, you say he should pay 500,000 Swiss Francs?” he questioned.“If I were to be him, I will not pay. Will there be sanctions if he doesn’t pay? You have banned the person for life… If you were to ban me for ten years, in default banning for life, I mean it makes sense. But you have banned me for life, relative to sports administration, management etc. After that you want me to pay 500,000 Swiss Francs…. You have banned me for life; that is the maximum”, he added.