Liverpool stars Salah, Mane to arrive in Ghana for CAF awards on Thursday 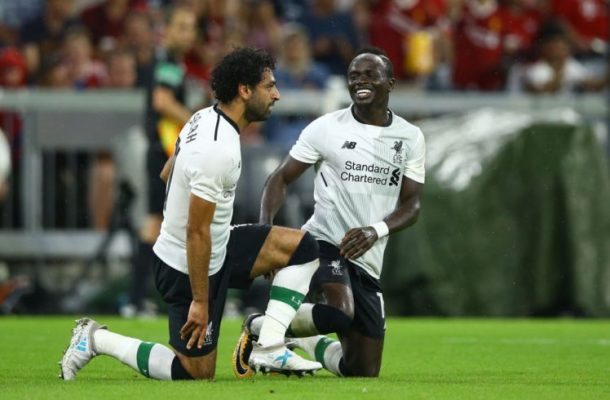 English giants Liverpool will release their star duo of Mohamed Salah and Sadio Mane to travel to Ghana for Thursday's Aiteo CAF awards in Accra.

The Egypt international will be allowed to travel to Ghana, along with Senegalese team-mate Sadio Mane, to attend Thursday’s ceremony for the Confederation of African Football player of the year awards.

Both are shortlisted for the honour, with Salah favourite to win.

There were doubts that the duo would be allowed to travel for Africa's best awards with Liverpool playing Everton the following day which tested the resolve of the English side.

However Liverpool have given in to the demands of the two players who see the award as the crowning moment in their careers.

That means he and Mane are virtually certain to miss the FA Cup showdown with derby rivals Everton, which takes place the following night.

Liverpool do not have another game until they face Manchester City on January 14.

Salah will have further tests before flying to Ghana and is hoping the injury problem he suffered against Leicester City is not serious, which would put him in contention to play against table-toppers City.

While Klopp was disappointed by Salah’s injury, he praised the little forward. “It is remarkable,” said the German.