Look at that scammer! Ghanaians blast Bawumia over promise of more jobs 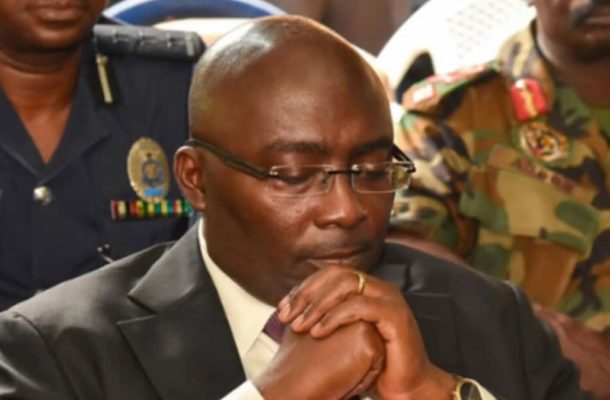 Vice President, Dr. Mahamudu Bawumia’s promise of more jobs for the youth has been met with several reactions from Ghanaians.

Speaking at the celebration of the Fetu Afahye festival of the people of Cape Coast in the Central Region, Dr. Bawumia stated that the government was focused on unearthing the skills and talents of the youth.

This, he explained, will substantially contribute to national development. His assurances however did not go down well with some social media users:

One social media user however wrote that Dr, Bawumia should be lashed for his lies:

Another agreed, saying that it is simply more lies:

A third, very likely tired of the promises, declared that Ghanaians no longer need the jobs:

Yet another user wondered why Bawumia was still campaigning, as elections were over:

A user simply referred to Dr. Bawumia as a scammer:

A social media user called for a break as Ghanaians are tired of the promises: