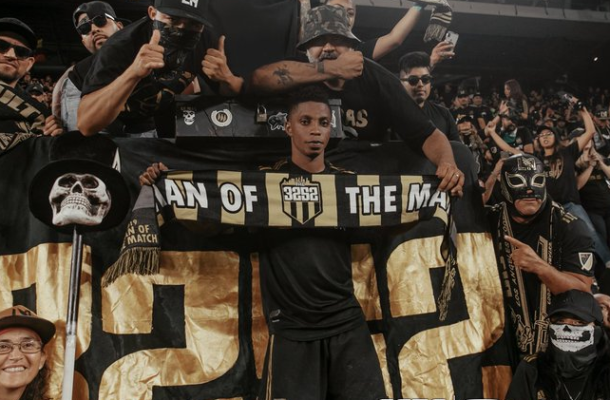 Latif Attah Blessing dreams of moving to Europe from the Major League Soccer (MLS) where he says there is very little patronage and hype.

The petite winger hopes to some day play for his beloved Arsenal in the English Premier League though he currently plies his trade for MLS side Los Angeles FC.

According to the player he has been advised by his family and friends to make the move across Europe and hopes when that happens it will be at London side Arsenal or English Champions Liverpool.

“Initially, I wanted to play Arsenal because of the love I have for the club but for now I have added Liverpool to it. So it is my dream to play for either Arsenal or Liverpool” he told Bryt FM.

“My dream is to move to Europe because my friends, family, and others want me to move,"

"American football is good but is like nobody is watching because of the time we play our games,” he added

“I’m praying I can move to Europe so that my friends can make a case for themselves. I’m working myself out of the MLS”

Latif's current contract with Los Angeles FC ends in 2022 and he has scored one goal with two assists in four games for his club in the ongoing MLS is Back Tournament.