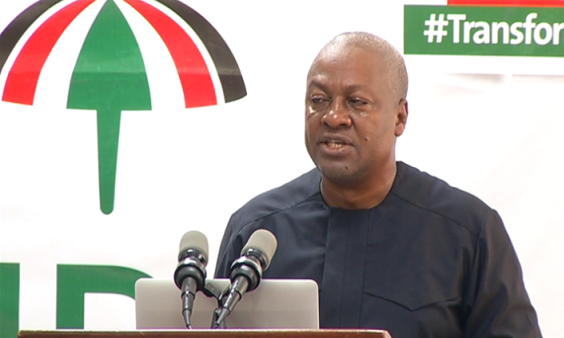 President John Dramani Mahama has assured Ghanaians that social media will not be shut down on election day contrary to widely held fears.

“Government has no intention to shut down social media on election day.”

President Mahama gave the assurance during the 2016 campaign launch of the National Democratic Congress (NDC).

The president, who will lead the NDC for the second time into an election, touted the feats chalked in the past four years.

He said despite the challenges he was confronted with after his investiture in 2013, his government has done a yeoman’s job.

He mentioned, for instance, that Ghana will see a single digit inflation by 2018 when the current International Monetary Fund (IMF) extended credit facility programme comes to an end.

He promised that his plans for the next four years will be detailed out in the party’s manifesto to be launched in a fortnight.

President Mahama assured of a peaceful election in December.

In assuring of a no shutdown of social media, the president called on the Electoral Commission and other key stakeholders to agree on a common procedure of results-declaration.

He was emphatic that political vigilante groups will not be condoned and will be met with rigorous force by the police as often indicated by the Inspector General of Police.

He said the Commission will also be resourced to keep up with its worldwide reputation of having held six successful previous elections in the country.