Mahama is king of insults – Akomea 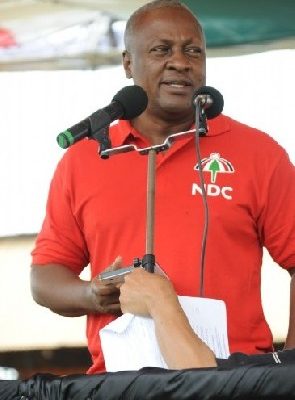 There could not be a greater insult in Ghana’s political game than a claim by President John Dramani Mahama that he would not accept criticism from anyone apart from former Presidents Jerry John Rawlings and John Agyekum Kufour, Nana Akomea, Director of Communications of the New Patriotic Party (NPP), has said.

His comment follows a claim made by Mr Mahama during the launch of the 2016 campaign of the National Democratic Congress (NDC) at Cape Coast on Sunday, 14 August, that were insults an event at the Olympics, the NPP could be considered as gold medallists.

Responding to the president in a press release issued Thursday, 18 August, Mr Akomea said: “President Mahama at the last NDC congress in Kumasi, before the Cape Coast congress, diagnosed the then General Secretary of the Convention Peoples Party (CPP) Mr lvor Greenstreet as suffering from ‘incurable myopia’.

“President Mahama has gone on to tell Ghanaians last year that he would not take criticism from anyone who has never been president before, and that the only people he would take criticism from are former Presidents Rawlings and Kufuor. So the good people of Ghana who elected President Mahama cannot be fit to criticise him because they have never been president before,” he observed.

He added: “There can be no greater insult on Ghanaians. If anyone was looking for a gold medal for insults, this is it.”