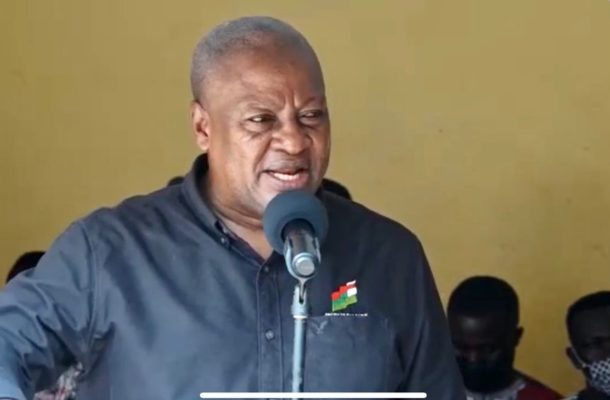 The 10th Anniversary Memorial Thanksgiving Service themed, ’10-years - a higher calling’, wasThe event by the NDC will be the beginning of a year-long series of activities which will be heralded by a wreath-laying ceremony and a church service in honor of the late leader.

A commemorative public lecture will also be held on Tuesday July 26, 2022 at the Accra International conference center. held under the patronage of President Nana Addo Dankwa Akufo-Addo in collaboration with the Atta Mills Institute (AMI) headed by his former Aide, Koku Anyidoho.

Former President John Dramani Mahama was expected to have made appearance at the event to give a speech following one given by Koku Anyidoho.

This was captured in the brochure prepared for the event.

The former president however was absent and without a representative. While it is not clear what contributed to the absence of Mr. Mahama, he is expected to make an appearance and to give a speech at the second event which will be held by the NDC at the same venue (Asomdwee park) at 12:30PM.