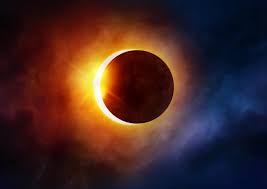 The supposed eclipse, as was announced in the media, took place in the early hours of Thursday and didn't last long as expected.  As a result, many Ghanaians could not witness the astronomical phenomenon while others don't know it even happened.

Ghana keeps getting interesting as some Ghanaians always create the room for comparison between the two biggest political parties-NDC and NPP-  in all spheres of life  as the appearance of the eclipse became another addition making the natural phenomenon political.

The mind boggling question is " What has the eclipse got to do with the day-to-day affairs of the government and how do they relate?"

Perhaps this "concerned" citizen has answered the rhetorical on his facebook page below:

" Kuffour's time paaa the eclipse was big and lasted for long. mahama eclipse comes at dawn and only the NDC people saw it #idontthinkfar" 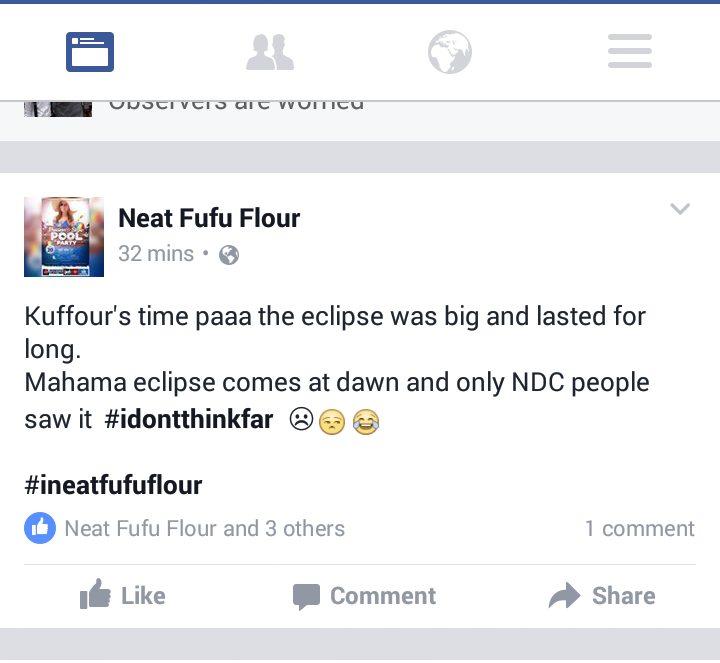 Has the eclipse also become so partial as indeed it was a partial eclipse of cause to have allowed only NDC supporters to witness it?