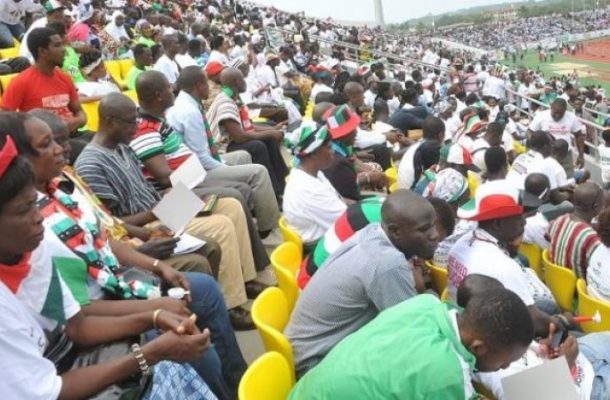 The governing National Democratic Congress (NDC) has rejected media reports that its supporters boycotted President John Dramani Mahama's speech.There was massive exodus of the over 40,000 supporters of the NDC that filled the Cape Coast Sports stadium for the party’s official campaign launch to a few hundred as President Mahama assumed the podium to deliver his speech.According to reports, the thinning of the crowd was a veiled protest against the president’s unimpressive governance and lack of attention to the welfare of the party’s foot soldiers.But the NDC’s Central regional chairman, Sampson Ahianyo, disagreed, stressing that supporters of the party didn’t abandon the President’s speech.Speaking on Accra based Accra FM, he explained that a time had been agreed beforehand for supporters who had travelled from distant regions to set off on their return journeys before dark, but the excitement of the launch dragged the ceremony into the evening.Halfway into the president’s delivery, he added, the organisers announced to the supporters from far-off regions to get out of the venue and board their buses.“So, it was not that they refused to listen to the president’s speech, but we had arranged with the drivers to set off by 6pm to avoid accidents,” clarified Mr. Ahianyo.