Maj. Mahama's Case: Evidential video to be shown in court on April 12 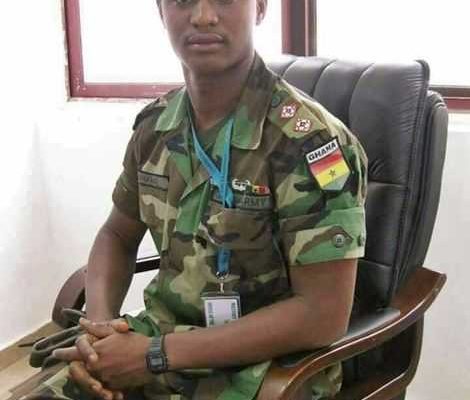 An Accra High Court, hearing the case of the alleged murderers of the late Major Maxwell Mahama, will on April 12, 2021, show in open court an evidential video by the prosecution.

The video, which is on a pen drive, was supposed to be shown in open court today but the ICT officer could not provide a projector and other appropriate equipment.

The Court, presided over by Madam Mariama Owusu, Justice of the Supreme Court, sitting as an additional High Court Judge, therefore, adjourned the trial for continuation on April 12, 2021.

Chief lnspector Samuel Agyakwa, the Investigator in the trial and the 14th Prosecution Witness was giving his evidence in chief before the trial was adjourned to February 27, 2020.

The outbreak of the COVID-19 also slowed proceedings.

Defence Counsel had objected the showing of the video in open court as evidence but the objection was overruled.

According to the witness, the video contained details of how the late Major Mahama was murdered.

Fourteen persons are standing trial at an Accra High Court over the killing of Major Mahama, who was an officer of the 5th Infantry Battalion, at Burma Camp.

The late Major was on duty at Denkyira-Obuasi in the Central Region when on May 29, 2017 some residents allegedly mistook him for an armed robber and lynched him.

The mob had ignored his persistent plea that he was an officer of the Ghana Armed Forces.