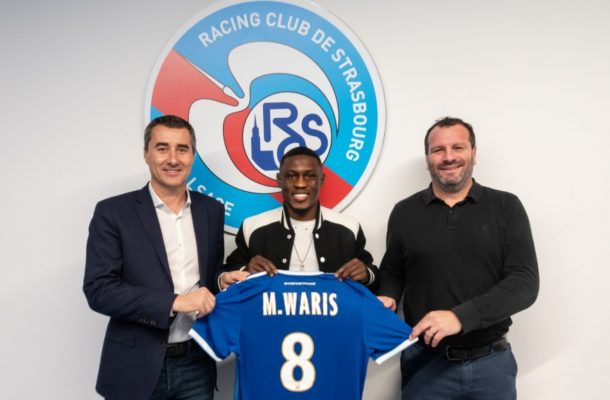 Ghanaian International Abdul Majeed Warris has  expressed delight over his move to the Lig 1 side and says he wants live a great moment with new club Strasbourg.

The 28 years old has returned to the La Racing on a six month loan deal from Portuguese giants FC Porto with the option to buy for €2 million.

He had struggled to  meaningful impact at the Estádio Do Dragão since returning from a loan spell at FC Nantes.

Strasbourg are the fourth French club the Ghanaian will representing.

It was my priority to come back to France. Strasbourg is a club I know. Loic Désiré (the recruitment manager) and Racing have been following me for several months.

He recalls his previous stay in the French league, where he played for Nantes, netting 5 goals in 33 matches.

He has also  played for Valenciennes, FC Lorient and FC.

"There is an incredible atmosphere in the stadium and I want to live great moments with the Meinau public.

"I hope to bring my qualities to a team which already has very good attackers".

Waris' six-month loan deal  is accompanied by a two-year contract.