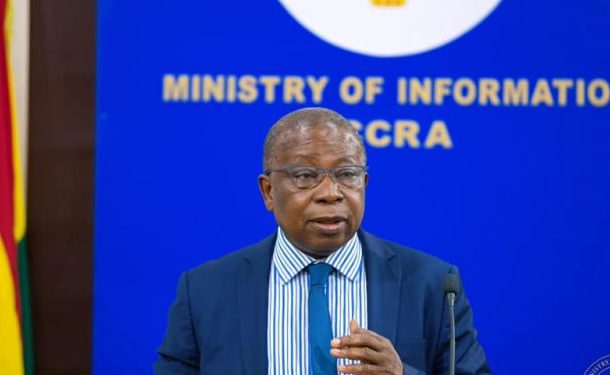 The Health Minister-designate, Kwaku Agyeman-Manu has hinted at the possibility of making the coronavirus vaccine jab compulsory for all Ghanaians.

But in the short term, he said such discussions were premature.

“If it becomes necessary, that may be a way government will go. But for now, it is a bit premature for us to predict that situation, but we will anticipate that,” Mr. Agyeman-Manu said in a Citi News interview.

He instead urged all Ghanaians to willingly avail themselves of the vaccination rollout which started on March 2.

The former Speaker of Parliament, Professor Mike Oquaye, however, shot down the possibility that a law would be enforced to compel Ghanaians to avail themselves for the vaccination.

He also said through public education and sensitisation many will come on board to take the jabs.

“There are certain powers which one can describe as reserve powers of the state. They are reserved. You don’t just start applying them,” Prof. Oquaye said.

Some Ghanaians have expressed misgivings about the safety of the vaccines amid the threat of misinformation and conspiracy theories.

President Akufo-Addo and his wife were vaccinated in a ceremony broadcast live on television to allay the fears of citizens.

The President urged people to get vaccinated and not to believe persons casting doubt on the rollout.

Ghana received 600,000 doses of the Oxford-AstraZeneca vaccine on Monday as part of the COVAX distribution programme.

The vaccination rollout is to be conducted in 43 districts with high infection rates.

They include 25 in the Greater Accra Region, 16 in the Ashanti Region, and two in the Central Region.

As Ghana enters the second day of the mass vaccination, it has 5,444 active cases of the virus with 607 deaths.