Malaria is caused by filth in the liver— Dr Asenso 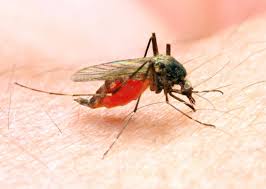 A Naturopathic doctor, Emmanuel Kwame Asenso, says the cause of malaria is not plasmodium, the parasitic infection spread by anopheles’ mosquitoes as generally known, but rather filth in the liver.

He said his theory had been tried and tested with a natural detoxification programme which had been of help to many victims of malaria.

Dr Asenso, the Founder and Director of the Manyanoha Natural Health Services in the Ashanti Region, said during a health walk that the notion that malaria was caused by mosquito bite was wrong and needed to be corrected with proper education.

The walk, therefore, was intended to create the awareness and education on the causes of malaria as it was still a top killer disease.

The filth, he said, may enter the body and subsequently the liver through the eating of processed foods loaded with synthetic preservatives.

Malaria as we know

Dr Asenso asserted that the general symptoms of malaria, including headache, nausea, general body weakness, shaking chills and fever, were all natural biological attempts by the liver and the body's immune system to get rid of the filth and the plasmodia enjoying the filth in the liver.

He expounded that plasmodium, the malaria parasite, had two main stages in the human body to cause malaria and they were the liver and the blood stages.

When the plasmodium moves from the liver stage to the blood stage, it produces the symptoms of malaria.

For the movement to take place, he said the plasmodium needed food and that food was filth.

According to his research, if the filth and toxins were not removed from the liver, the plasmodia would continue to feed on it and multiply, resulting in severe malaria.

The naturopathist believes the only way to permanently eliminate malaria from one's life is through detoxification of the liver.

He also believed that good nutrition, that is the consumption of vegetables, herbs and greens and clean lifestyles, were primary means of building a strong immune system to ward off diseases.

The main ingredients used in the systemic detoxification are hot pepper, coconut oil and lemon, measured and given to a patient proportionately with his or her volume according to weight and age.

Nana Osei Akomea, who is over 70 years old, testified of being cured of chronic malaria since 2014 through the detoxification treatment and colonic irrigation treatment.

Dr Asenso called on the government to help create the awareness in order to sensitise the entire country.

He also pleaded that the problem of sanitation in the country be tackled head-on because a clean environment was rewarding.

Criticising the use of assorted chemicals and pesticides to kill weeds, he said they polluted and destroyed the ecosystem and further created a bad environment for habitation.He, therefore, asked the government to provide alternative solutions to curb the menace.