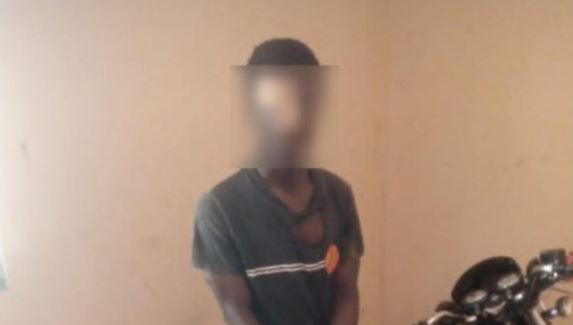 A 27-year-old young man, identified as Prince Yoma, has been arrested by the police at Sehwi for shooting a motorbike rider he boarded in a bush.

Information gathered revealed that the suspect hired the motorbike rider, Charles Bosompim from Sehwi Essase, a farming community in the Akontombra district to transport him to Sehwi Ahibenso in the Bodi district.

The suspect is reported to have diverted their route through a lone area with the explanation of receiving the fare from a colleague working in a mining site along the road.

En-route, the suspect, Prince Yoma, pulled a locally manufactured pistol and shot at the neck of the motorbike rider unprovoked.

Recounting the incident to Adom News, the victim said he fell flat and pretended he was dead while the suspect retrieved items of his interest including the motorbike.

Once the suspect fled the scene, the victim revealed he rushed to seek help from some residents, and he was aided by some nearby farmers.

He was sent to the hospital at Sehwi Juaboso but later referred to Asafo and Komfo Anokye Teaching Hospital finally. He is, however, receiving treatment.

The police were informed and subsequently laid an ambush to arrest the suspect.

The suspect is in police custody at Bodi while the investigation is ongoing. The motorbike, two Ghana cards, a pistol and other items were retrieved from the suspect. 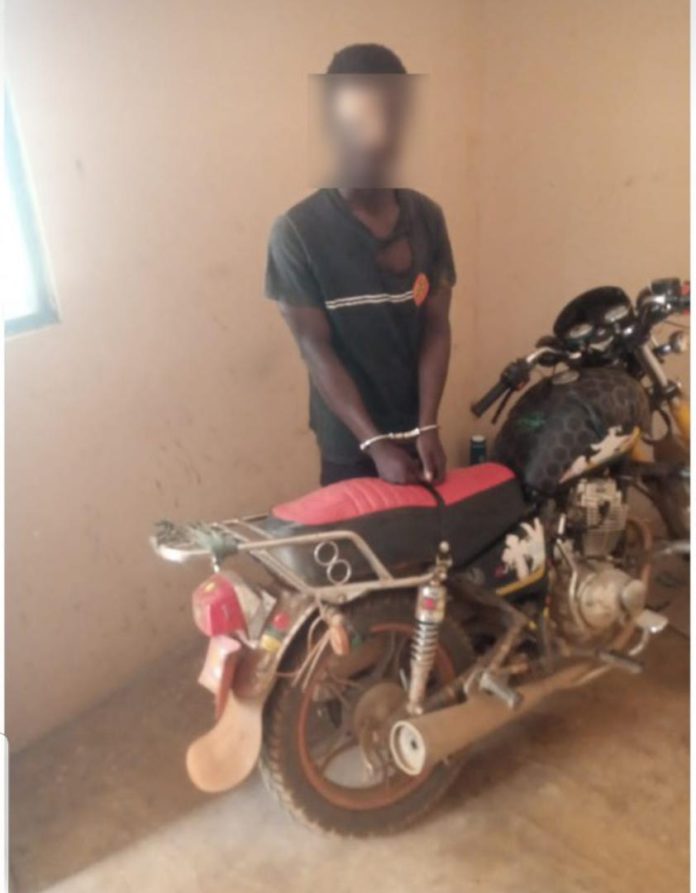