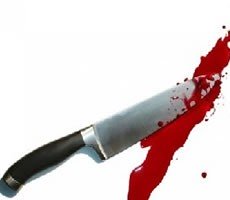 An aggrieved father has attacked medical workers at the Sapele Central Hospital, Delta State, over the death of his child at the medical facility.

PUNCH Metro learnt that the man went berserk minutes after medical workers broke the news of the death of his one-year-six-month-old child to him.

The man, whose identity could not be ascertained as of the time of filing this report, was alleged to have accused the doctors and nurses on duty of complicity in the child’s death and vowed that “one of them must die with his son.”

The incident happened on Wednesday around 4 pm.

According to a source, the bereaved father attempted to stab a nurse in the throat but missed.

The suspect was also alleged to have chased one of the doctors in an attempt to stab him, but the latter escaped.

The source said, “The baby was brought in with a bad health condition. The accident and emergency unit resuscitated and admitted him to the children ward.

“The doctors there reviewed the case and commenced medication. Being that the condition was already very bad, maybe the father expected a miraculous recovery, but the condition deteriorated further and the baby died.

“The child’s father was angry that the doctors and nurses could not save him. He threatened that anybody he saw would die with the child. He saw one of the nurses inside the ward and attacked her.
“He first gave the nurse a headbutt and the lady fell. He beat her up and brought out an object. He attempted to stab her in the neck, but the lady dodged it and the object landed on her ear and almost cut it off.

“When people raised the alarm, he rushed back to the children ward and fled with the baby’s corpse. The management of the hospital reported to the police.”

The Police Public Relation Officer, DSP Onome Onowakpoyeya, confirmed the arrest of the suspect, saying she could not tell the gravity of the injury sustained by the nurse.

The Medical Director of the Central Hospital, Sapele, Dr Benedict Ogbimi, noted that the case had been charged to court.