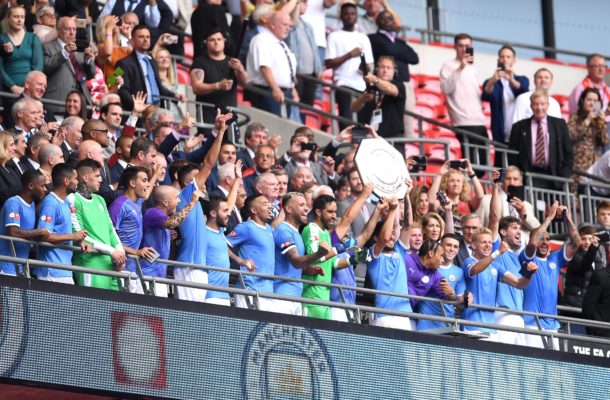 Manchester City beat Liverpool on penalties to lift the Community Shield for the second season running under Pep Guardiola.

Georginio Wijnaldum was the only player to miss, with Gabriel Jesus scoring the winning spot-kick as City won 5-4.

The game had ended 90 minutes after normal time, with Raheem Sterling's first-half goal cancelled out by Joel Matip 10 minutes from time.

City, who handed a debut to new signing Rodri in midfield, were the better side in the first half despite losing Leroy Sane to an injury early on.

They deservedly led thanks to Sterling's early strike but Liverpool improved after the break to play their part in an entertaining game.