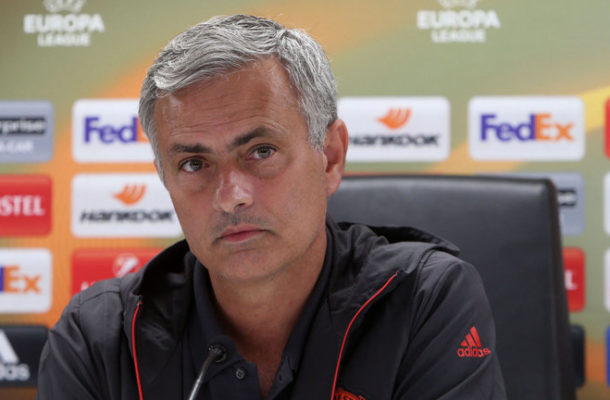 But Mourinho says he still wants to win Europe's second tier competition and will ensure his players are motivated for the challenge.

United begin their Europa League campaign at Feyenoord on Thursday night and Mourinho agreed the nature of the competition would make their title challenge more tricky.

"Especially because you have also the chance to play on the Monday, but we did not get that privilege, so when we play Thursday, we were never given a Monday spot, to have one more day.

Nonetheless, Mourinho says there is no question of his team taking the Europa League lightly.

"This is not a competition that Manchester United wants," he said. "It's not the competition I or the players want.

"It is difficult to do it, but it is simple to say, and this is how we want to approach the competition tomorrow.

"It is an important match for us and we must find the motivation that I found myself already.

"I have to try and pass that motivation to the players, because I know the Europa League is not the big dream of every player.

"But you are not in the Champions League, so you have to find your  motivation in the competition you are in."

United were beaten 2-1 by Midtjylland under Louis van Gaal last season before hitting back to win the second leg and progress on aggregate.

Mourinho says his side need to learn lessons from their defeat to the Danish side.

"If you see what happened last season, against Midtjylland, you don't forget that as a fan," he said.

"Maybe as a player but not the fans. We have to make sure we are not sleeping. I have brought a very good squad and I will play with a very good team."