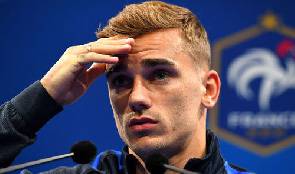 Manchester United believe that Paul Pogba may be the key to signing Antoine Griezmann from Atletico Madrid next summer, according to The Sun.

Arsenal and Chelsea are also monitoring the France international and the Blues are said to be willing to meet his £89.3 million release clause.

Pogba and Griezmann are close, however, having forged a strong relationship with Les Bleus, and the friendship could sway the forward's decision should bids be tabled.