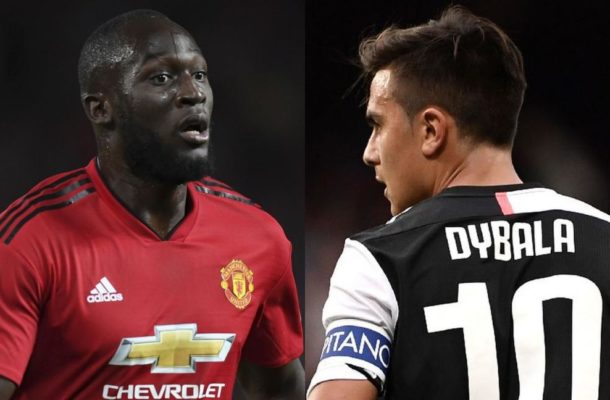 Talks between Manchester United and Juventus over a swap deal between Romelu Lukaku and Paulo Dybala are accelerating after the Belgian reportedly agreed to move to Turin.

The Red Devils left £75m man Lukaku out of their travelling party for Tuesday’s pre-season friendly win over Kristiansund in Norway as he looks to seal a move away from Old Trafford.

After several weeks of haggling over a price with Inter Milan, Serie A rivals Juve emerged with an offer of their own that included Dybala as part of the deal.

While the Argentine will still take some persuading, Italian newspaper Gazetta dello Sport report that Lukaku has already agreed terms with Juve and is eager to join the Serie A champions.

The former Everton frontman will earn €9million (£8.2m) per season – roughly £160,000-a-week – plus performance-related bonuses, a very similar offer to the one he received from Inter.

Juve intend for Lukaku to be the club’s new No.9, though United still need to convince Dybala to move to Old Trafford in order for the deal to be completed.

New Juve boss Maurizio Sarri wants to keep Gonzalo Higuain in Turin to play backup to Lukaku, with Mario Mandzukic also expected to depart – and United have also held talks about potentially signing the Croatian too.

Lukaku struggled to live up to his enormous price tag at United after leaving Everton, scoring 16 times in his maiden campaign and just 12 last season.

Ole Gunnar Solskjaer is happy to offload the Belgian, having made Marcus Rashford, Anthony Martial and even youngster Mason Greenwood his preferred attacking options, while he feels Dybala’s versatility and mobility is a better fit for the style of football he wants to play.