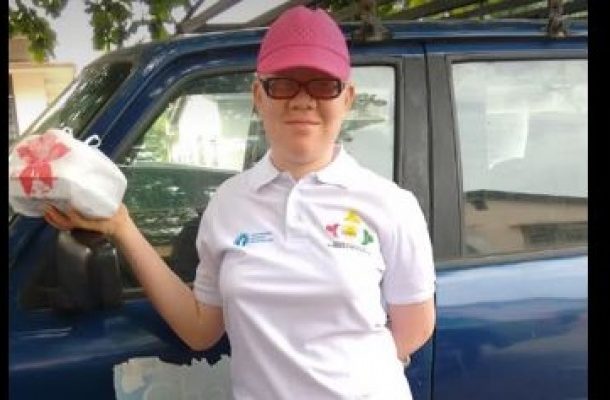 She was 18. The prefect of her class. She was a first-year Home Economics student at the West Africa Senior High School (WASS) in Accra.She was killed by a speeding taxi on the Madina-Adentan (N4) Highway on Thursday, 8 November 2018, as she crossed the highway in front of her school.The road's uncompleted footbridges are unusable.Mariam’s death sparked spontaneous riots by residents living along the Madina-Adentan Highway around her school. They blocked the road with burning tyres. The police and fire service personnel had to intervene to restore calm.She was buried on Friday, in accordance with Islamic custom.This is what a friend, Mawunyo Yakor-Dagbah, wrote of the late student on Facebook:"The news of your death so shocking Mariam! I heard the sad news of the death of a student on the Adentan-Madina highway yesterday, but to be told this morning it was you gives me so much pain. I remember your late dad said to me "You are his gold". He was a doting father who took you everywhere including your regular visits to the low-vision clinic at the Ghana Blind Union Eye Clinic and consulted me together with your mum on ways to take care of you. Hmmm, I know if daddy were alive, he would have escorted you to school and back. You were a promising young lady. The albinism community will miss you. Rest in peace little sister."We plead with you drivers to know that there are low-vision people including Persons with Albinism in our communities, so, the reckless driving must stop and we await the Ministry of Roads and Highways to fix the footbridges in a week’s time. No more life should be lost on this highway".Mawunyo’s twin sister, Ese Yakor-Hamidu, also wrote this about their late friend:"My Mariam's beautiful life has been cut short by that reckless driver. You had a very fine skin which was spotless because mummy and daddy took very good care of you and gave you the needed support. You were a sweet soft and intelligent girl. A daddy's pride. And before we knew it, you were gone, but we'll never forget you. I was with mummy yesterday and when your uncle saw me, he said he thought you had returned. Is this a nightmare or maybe an illusion? Oh, this is really hard. May God rest you, Mariam".