Marseille, Nice on the heels of Anderlecht's Francis Amuzu 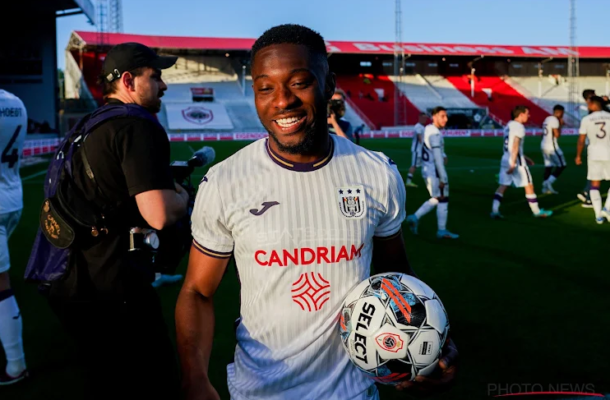 Amuzu was in some good form getting to the tail end of the season and is attracting interest from clubs in France.

Olympique de Marseille and OGC Nice are both monitoring the situation of the winger and their pursuit may have been strengthened with the departure of Vincent Kompany to Burnley.

He scored a hattrick for Anderlecht in the Champions play offs in Belgium against Royal Antwerp.

Some French  clubs are lurking and the player is keen to move on to pastures anew.

Amuzu was not assured of a starting spot under Vincent Kompany and started a miserly fourteen games out of the 43 matches last season.

With all his skill and trickery his efficiency has often been questioned, but he last scored a hat-trick against Royal Antwerp.
Nice and Marseille were mentioned last winter and the interest from Ligue 1 is said to be still there.

The Purple & White want a nice transfer amount for the winger anyway.

Amuzu also has to make a decisions soon on his International future as Ghana beckons and Belgium national coach Roberto Martinez sees him as a potential wingback.

Amuzu is under contract with Anderlecht until 2024.