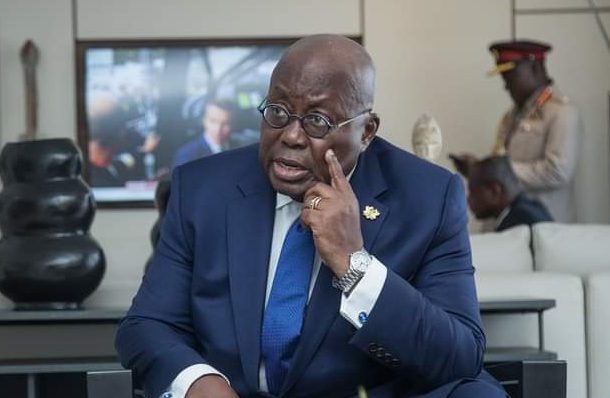 Lawyer Martin Kpebu has accused President Nana Addo Dankwa Akufo-Addo of spearheading criminal and corrupt activities at the presidency and under his leadership.

Speaking on Joynews’ Newsfile program on Saturday, July 23, 2022, the private legal practitioner accused the president of being an ‘abysmal failure’ as far as the fight against corruption is concerned.

Martin Kpebu was speaking on the back of the recent report by the United Nations Office on Drugs and Crime (UNODC).

The report on corruption and bribery in Ghana titled, “Corruption in Ghana, People’s Experiences and Views” and produced by the Commission on Human Rights and Administrative Justice, in partnership with the Ghana Statistical Service and with support from the United Nations Office on Drugs and Crime (UNODC) revealed staggering figures on corruption in various public and private institutions in Ghana.

Among other things, the report concluded that more than 17.4 million bribes were paid to public officials in the year 2021 alone.

The Ghana Police Service was ranked the highest bribe-taking institution in Ghana whilst judges, prosecutors, and Lands Commission officers in the country were named as the groups of people who take the fattest monetary bribes.

Addressing the issue on the show, Lawyer Kpebu was of the view that the statistics keep getting worse because the first gentleman of the land appears adamant about fighting corruption under his watch.

“Akufo-Addo is part of the criminal syndicate at the Jubilee House. The president is definitely part. This corruption cannot happen without his involvement.

“You follow Manasseh’s story, it lands on the president’s desk. Other stories land on their desks. The president; we have to say with all our energy, is part of that criminal syndicate and that we will not take this from you, you have to just step down,” he said.

Lawyer Kpebu further raised concerns about how the president has failed to honour his promise of using the ‘Anas principle’ to fight corruption when given the opportunity to lead the country as president.

“In opposition, he said he will use the Anas Principle – when the president was coming into office and that’s why I voted for him with alacrity.

“What is the Anas Principle? Private investigations, so the president should tell you and I, how many Anas principles has he used since he came.
“Abysmal failure – so this is 419,” he added.