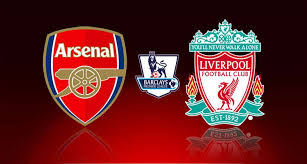 Ahead of the Sunday's EPL cracker between Liverpool Football Club and Arsenal, we take a look at some of the talking points.

Liverpool will play Arsenal at the Emirates in their opening fixture of the new Premier League season. The Reds had an on and off preseason which saw them demolish Barcelona. They also lost to Chelsea and had a bad day against Mainz afterwards.

Arsenal made an unfamiliar mark early on in the transfer season as they signed 23 year Borussia Monchengladbach midfielder Granit Xhaka.

Arsenal versus Liverpool has always been known to live up to the bill as far as goals are concerned regardless of their goalless draw in their last London fixture.

Arsenal were in the news right from the start of the transfer window as they signed Granit Xhaka and even after a preseason win over Manchester City, there are a few doubts about their position and ultimate aim for the campaign this season

The Merseyside club has however had the worse of the clash as they have managed a win just once in 15years away from home. Despite their poor away record at Arsenal, Liverpool had a very good away recorded in the PL last season.