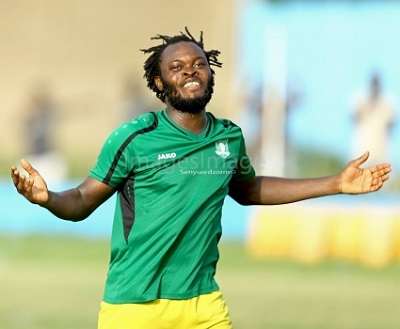 Aduana Stars needed a lone strike from the boot of Yahaya Mohammed to nick a slender 1-0 win over Berekum Chelsea in the Ghana Premier League on Saturday.

The experienced lethal frontman converted from the spot after Chelsea defender handled the ball inside the box.

Chelsea went into the clash in search of the maximum points but Aduana showed more determination and hunger to claim victory.

Chelsea had their chances to take the lead but Saddick Adams was not up to the task.

The Fire club eventually stole the win when Yahaya stepped up and converted for his 12th goal of the season.

The win has restored Aduana's winning formular while Chelsea must push to maintain a mid-table spot.