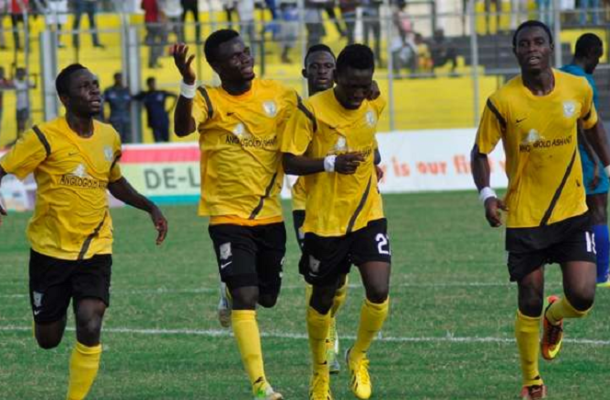 Accra Hearts of Oak suffered a 3-1 defeat against AshantiGold on Matchday two in the Ghana Premier League at the Cape Coast Stadium on Saturday.

James Akaminko put the Miners ahead as early as the 10th minute with a close range finish after Hearts failed to deal with a corner.

The Phobians recovered well from their stuttering start but despite their best efforts they couldn’t break the resolute AshantiGold defense. The first half ended 1-0.

Amos Addai made it to 2-0 for the visitors on the hour mark after weaving his way through the Hearts defense to double their advantage.

Hearts new signing Joseph Esso got off the mark for his new club with a powerful drive to reduce the deficit in the 75th minute.

Before Shafiu Mumuni put the game to bed via a powerful header in the 89th minute to secure an impressive victory for AshantiGold.

The result meant that the Obuasi based side maintain their perfect start to the season amassing 6 points from the first two games.

Meanwhile it’s back to the drawing board for Henry Wellington and his charges after suffering their first defeat in their debut match at the adopted Cape Coast Stadium.