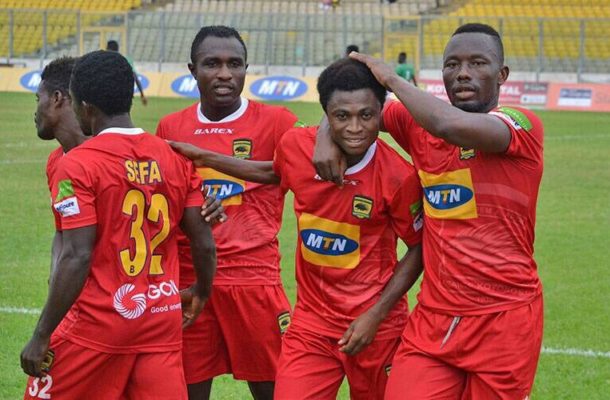 Asante Kotoko and Berekum shared the spoils after playing out a 1-1 draw at the Baba Yara Stadium in the Ghana Premier League on Wednesday.

The Porcupine Warriors were looking for a response after their disappointing 1-0 loss at the hands of Dreams FC on Saturday.

Berekum Chelsea however took a shock lead through Latif Salifu on the stroke of half time to rattle the hosts.

Kotoko responded well at the start of the second half which resulted in the 47th minute equalizer scored by Frederick Boateng.

They kept on pilling the pressure from then but a resolute Blues defense ensured they recorded their first away point of the season.