Maxwell Konadu denies having a hand in Albert Commey's assault 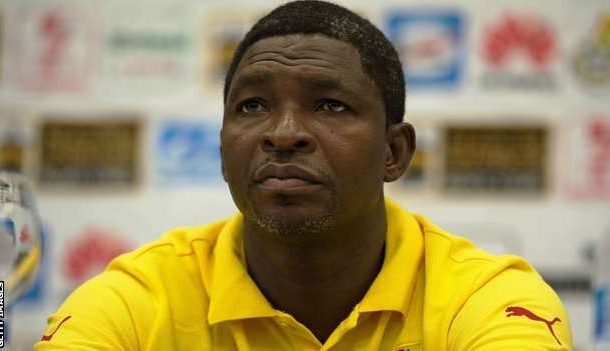 Maxwell Konadu has rubbished claims that he supervised the attack on the Aduana Stars CEO, Albert Commey on Wednesday at the Wa Park.

Albert Commey who was molested by a section of the Wa fans during the game has alleged that the attack happened in front of the assistant Black Stars coach.

Responding to the claims, Maxwell Konadu has denied having any foreknowledge of the assault.

"I had so many calls from people that I was responsible for the unfortunate beating of Albert Commey,” he told Happy FM.

“I can state it clearly on this station that I have no knowledge of what happened because when the penalty was awarded I was on the verge of moving my car, hence I didn’t see the penalty clearly.

“And, after the penalty was converted, I didn’t get down from my car until I saw someone walking to my di

rection, who happened to be Albert Commey.

“From how he was talking, I decided to confront him but later changed my mind and chose to move my car from the area until I saw some fans approaching, and therefore I decided to drive away, but I think if he was beaten then it will be from the utterances he was making. But to say I was at the stadium when the incident happened, I’ll say no.”

Maxwell Konadu was the head coach of Wa All Stars before he joined Asante Kotoko in the 2010-11 season.