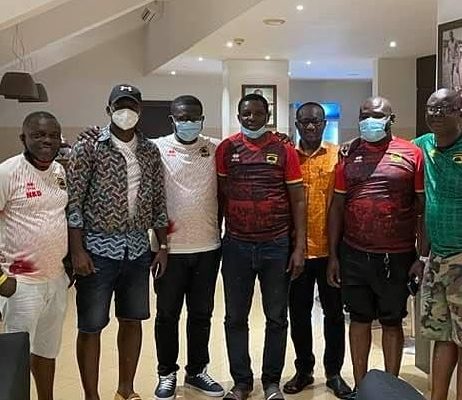 The National Circles Council(NCC) of Kumasi Asante Kotoko led by Chairman Christopher Damenya have called a truce between former coach Maxwell Konadu and the management of the club over his severance package after he was sacked in December 2020.

It was agreed that the monies ordered by the Player Status Committee to be paid to Maxwell Konadu by Kotoko will be shared into two with the supporters paying half and the management paying the other.

The former Black Stars assistant coach was sacked by the Kumasi based club in December 2020 with his contract still having some months to run.

He signed a two year contract with the club on 9th December 2019 and it was expected to expire on the 8th December 2021 but he was fired after three matches into the new season when Kotoko lost to Accra Great Olympics.

Also he was seeking the payment of GHC2,000 as winning bonus for two Ghana Premier League matches and $60,000 in damages for unilateral termination of contract among others.

The Committee in their ruling describes the respondent, Asante Kotoko's action to sack their then manager as 'hasty, premature and without just cause'

Kotoko have been ordered to pay their former head coach within 30 days the remainder of his contract amounting to $36,000, GH30,000 being the arrears of his signing on fee, GHC2,000 being his winning bonus in two matches.

The General damages of $60,000 being sought by Maxwell Konadu was declined while costs was also declined.