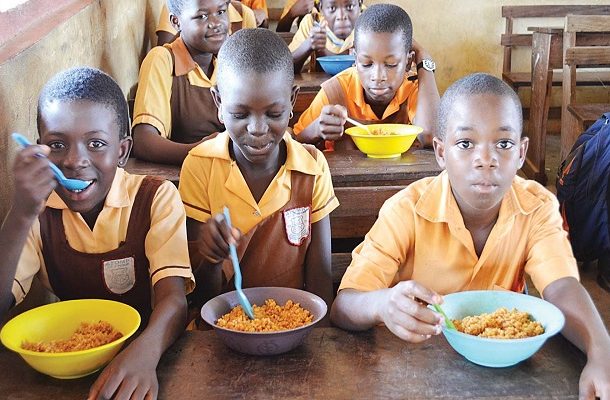 Everywhere we turn, at home, in schools and of course at the workplace, women are knifing each other with their eyes, talking behind their backs, constantly judging and ridiculing each other, and metaphorically pushing each other around.

The Municipal Chief Executive (MCE) of Suhum in the Eastern Region, Margrete Darko Darkwa, has chased out Madam Opata, the wife of New Patriotic Party (NPP) First Vice Chairman of the Suhum constituency, with armed police officers over school feeding.

The armed police officers stormed Obomofodensua [O.B], Basic School to drag Madam Opata away under the directives of the MCE for what is believed to be greedy on the part of the wife of the party's constituency First Vice Chairman.

According to reports, the MCE got a hint that the chairman’s wife apart from managing affairs of the school feeding program in the school, also doubles as a teacher in the same institution, something the MCE found very distasting.

The reports further said the MCE sent a warning letter to Madam Opata asking her to stop cooking. The MCE explained that she could not be teaching and at the same time cooking as a caterer for the school.

She reportedly told Madam Opata that she had been replaced with a new caterer who would start the cooking in few days but there was a misunderstanding when the new caterer stormed the school to start work.

However, the MCE after been informed about the scuffle between the two rushed to the school with armed police officers who reportedly chase out the wife of the First Vice Chairman.

It is still unclear why the MCE took such action against her own party's chairman's wife, but sources confirmed the two are not good terms over some contract issue.

The First Vice-Chairman has allegedly hijacked the school feeding program contracts in the Municipality by sharing it among his girlfriends and family.

It is been alleged that the First Vice Chairman is dating the Constituency Women Organiser, Hannah Asantewaa and has awarded her with school feeding contract.

He is also reported to have awarded a contract to other two ladies alleged to be his girlfriends at Abenabu and some other village in the Municipality.