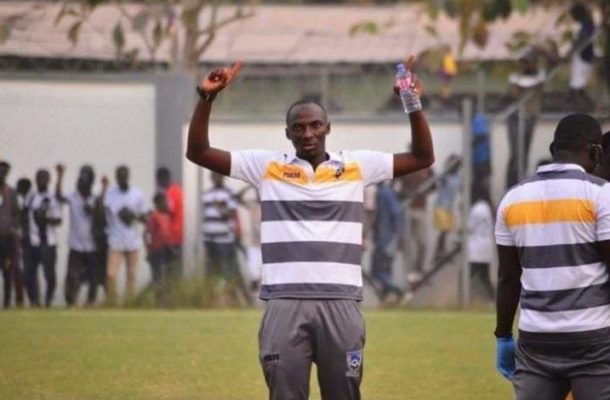 Medeama assistant coach Hamza Obeng has departed the club and has signed a three and half year contract with Accra Hearts of Oak where he will reunite with his former boss Samuel Boadu.

The 30 year old until his departure on Tuesday, was the second assistant coach to Yaw Preko at the Tarkwa based club.

Since the departure of coach Samuel Boadu some weeks ago and with the appointment of coach Yaw Preko and Yaw Acheampong, the 30 year old was demoted to second assistant coach at the club.

According to our sources the 30 year old gaffer felt underrated at Medeama and had to leave for pastures anew.

He has in the past also served as assistant coach of lower tier side Sagoe Mends FC and King Faisal while they were in the division one.

He holds a Bachelor of Science degree in Business Administration from the University of Education, Kumasi campus.